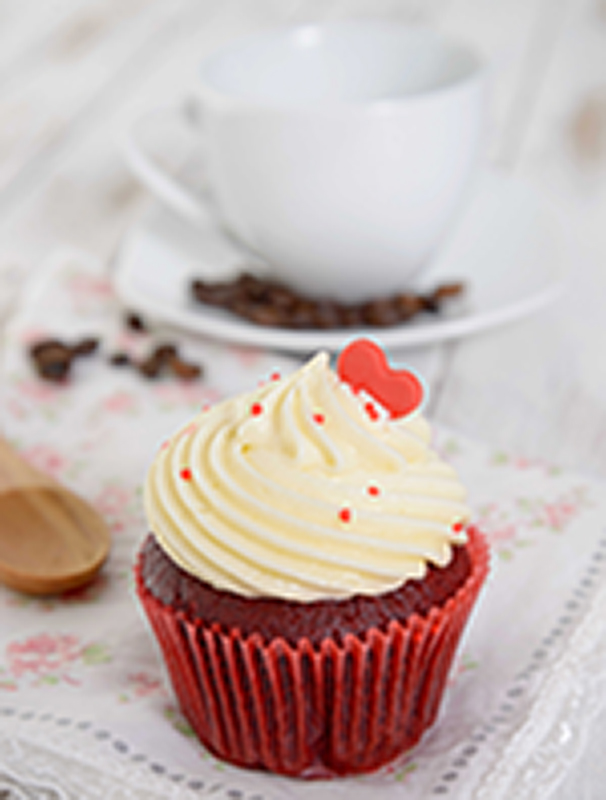 75g butter (softened but not melted)

Preheat oven to 180°C. Mix the egg, buttermilk, oil and vanilla. In another bowl mix the flour, EZE-Sweet Sweetener, and bicarbonate of soda. Pour the egg mixture into the dry mix and stir until a thick batter is formed. Mix the colouring and the cocoa together to make a paste. Add this to the batter and mix thoroughly until an even shade of red is achieved. Add the vinegar to the mix, stir in thoroughly and spoon the mixture into 8 cupcake cups. Bake for 15 minutes, or until they spring back when touched. Remove from the oven and allow to cool before icing.

To make the icing, beat together the cream cheese and softened butter until well-combined and smooth. Add the EZE-Sweet Sweetener and vanilla to this mix and beat again until the sweetener is evenly distributed and the icing is smooth. You can either spoon the icing onto the cupcakes, pipe through a piping bag with a nozzle or spread
onto the cupcake with the back of a spoon.

You forgot to select your pick up point!
Remember, we have pick up locations throughout the country, just pick one!